Christina Barratt was used to the 12- to 14-hour days. For years, she would get into her car each morning and set out to department stores and other retailers all over northwest England, selling greeting cards for a large manufacturer.

“It’s a very demanding, busy job,” she said, recalling how she had to make sales, manage client accounts and grow the business, while often traveling long distances.

Ms. Barratt is among 3.5 million people — or about one in 12 working-age adults in Britain — who have long-term health conditions and are not working or looking for work. The number ballooned during the first two years of the pandemic when more than half a million more people reported they were long-term sick, with physical and mental health conditions, according to analysis by economists at the Bank of England. The sharp rise in ill health is a startling problem itself, but there has also been a growing awareness in Britain about the negative effects on the economy of having so many people unable to work.

Sickness is adding to the growing sense of malaise in a country troubled by high inflation and the economic costs of Brexit, where the National Health Service is overwhelmed and workers across industries are striking in ever larger numbers, coming after a year of severe political upheaval.

With the unemployment rate near its lowest point in half a century, businesses have loudly complained that they have been unable to hire enough workers, leaving the government grappling with how to expand the labor market.

Before the pandemic, a growing labor market had been “the single cylinder of growth in the economic engine,” Andy Haldane, the former chief economist of the Bank of England, said in November during a lecture at the Health Foundation, a nonprofit organization. It “has now gone into reverse gear.”

Britain is in “a situation where for the first time, probably since the Industrial Revolution, where health and well-being are in retreat” and acting as a brake on economic growth, said Mr. Haldane, who currently serves as the chief executive of the Royal Society of Arts, an organization in London that seeks practical solutions to social issues.

The economy is probably already in a recession, according to forecasts by the Bank of England and others, and is expected to return to only meager growth in 2024. Some economists have warned that shortages of workers could deepen the cost-of-living crisis if it causes employers to raise wages to attract workers in a way that threatens to entrench high inflation into the economy. That could prompt the central bank to keep interest rates high, pushing up borrowing costs and restraining the economy.

At the heart of the problem is a high economic inactivity rate that has barely budged despite the end of pandemic lockdowns, a boom in labor demand and a high cost of living. As of October, over half a million more people were counted as inactive than before the pandemic, according to the Office for National Statistics. In a separate study looking at data for the first two years of the pandemic, Jonathan Haskel and Josh Martin, economists at the Bank of England, found that nearly 90 percent of the increase in economic inactivity could be attributed to people who were long-term sick.

The extent to which sickness is forcing people to leave the work force is still being debated among researchers in Britain because the reasons for not working can change over time.But there is little disagreement that the economy is being held back by havingso many people who say ill health has kept them from working.

A sign outside a pub in Hampshire, Britain, that takes a creative tack in advertising for workers.Credit…Chine Nouvelle, via Shutterstock
Businesses have loudly complained that they have been unable to hire enough employees.Credit…Paul Ellis/Agence France-Presse — Getty Images

Contributing to the rise in sickness are not only tens of thousands of cases of long Covid, which Ms. Barratt is suffering from, but also a vast backlog of people — about seven million — with a variety of health problems who are on waiting lists for N.H.S. care. The latest numbers add to a longer-term trend. In the 25 years before the pandemic, the tally of people reporting long-term sickness grew about half a percent a year. Since then, it accelerated to 4 percent a year, according to the study by Mr. Haskel and Mr. Martin.

Britain’s aging population means there are more sick people, but “the prevalence of poor health has been growing” as well,said David Finch of the Health Foundation, which has studied links between illness and economic inactivity. In the past few years, the foundation found, there has been a large increase in the number of people with cardiovascular problems, mental illness, and a range of other ailments, which would include respiratory conditions and long Covid symptoms.

Britain is one of just seven countries in the Organization for Economic Cooperation and Development that still has a higher rate of economic inactivity than it did before the pandemic, the Office for National Statistics reported. The United States is also in this group, but its missing workers are mostlyexplained by retirement and adecline in participation by middle-aged men without college degrees, rather than sickness. The increase in the rate of economic inactivity in Britain is more than twice as large as the increase in the United States.

These missing workers face a number of barriers in returning to work. For some, the severity of their health condition prevents them from working, while others are unable to return to the job they used to do. .

Ms. Barratt, the greeting card saleswoman, has no illusions about going back to a similar job.

“There’s no way I could do that kind of role any more,” Ms. Barratt said. “I’m just not well enough to sustain any kind of level of energy.” Just getting up and down the stairs at home is a challenge, she said.

She is feeling the strain of living on government benefits for more than two years and would like to return to work. “If I continue to have this condition, which can go up and down in severity, I’d have to find some kind of employment that was very flexible,” she added.

Although there has been a worrying increase in the number of economically inactive people — sick or not — who don’t want to work, there are still 1.7 million who do but are unable to look for a job and start work soon, according to the Office for National Statistics.

Kirsty Stanley said the transition back to work for people with long Covid can be difficult. “They basically expect people to go from potentially zero to 100” within four to six weeks, she said.Credit…Nicholas White for The New York Times

“This has been a long-term issue in keeping people with disabilities in the workplace,” said Kirsty Stanley, an occupational therapist.

There are a lot of challenges, including some employers not understanding legal requirements to make reasonable accommodations for employees with health problems,Ms. Stanley said. She is an associate for Long Covid Work, a group that works with unions and employment groups to improve access to work for people with long Covid. Mr. Haskel and Mr. Martin estimate that there are 96,000 people who are economically inactive because of long Covid.

Ms. Stanley, who also suffers from long Covid, said one problem was that the gradual period for returning to work that employers offer to people after a long absence doesn’t work well for those with long Covid.

“They basically expect people to go from potentially zero to 100” within four to six weeks, she said. “What happens is people crash.”

A little over two years ago, Michael Borlase did a four-week phased return to work after being sick with Covid. But at the end of the period, after getting back to an eight-hour shift, he got sick again and could not go back to work.

He was a newly qualified nurse working in a psychiatric ward for men with mental health issues who have committed a crime. He was there for just eight months before he got Covid in April 2020.

Michael Borlase used to be a nurse in a psychiatric ward. Now he’s not sure he could go back to that work. Credit…Nicholas White for The New York Times

“I’d been so poor for so long as a student nurse,” he said. “I was thrilled to be working, work for the N.H.S. and felt very proud of the work I was doing. And then Covid hit.”

“I was very early on in my career,” he added. “And now I don’t know if I can ever go back again.”

At age 36, he said he felt “stuck in a professional limbo,” where he could not do the job he spent years training for but was too unwell to train for something else. Until September, Mr. Borlase received full pay because of a provision for N.H.S. workers with Covid. Since then, Mr. Borlase has been receiving reduced wages from sick pay, which will expire in April.

Delays in getting health treatment have made it difficult for Andrea Slivkova, 43, to return to work. A Czech native who came to Britain 10 years ago, she left her job cleaning offices in mid-2021 because of pain from a prolapsed pelvic organ. It was more than a year before she could have the surgery to address the problem. Since then, she said, she is still unwell but has not been able to have a follow-up appointment with a specialist. Last summer, she was told it would be a five-month wait.

“They told me that the waiting list is long because other people are waiting, too,” Ms. Slivkova said, with her daughter, Kristyna Dudyova, translating from Czech.

Ms. Slivkova still hasn’t returned to work. She described the strain of having a physical health condition but also the struggle to navigate the health care system and the financial stress of relying on government benefits.

Ms. Dudyova recalled how her mother used to be a workaholic, who found time to bake, go to the gym, work multiple jobs if necessary, all while raising her and her younger brother.

“But now everything is just gone,” she said.

Tags
Health People She With Work 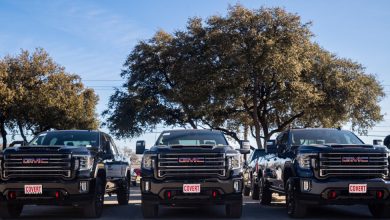 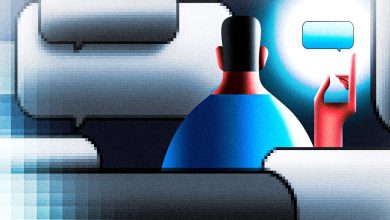 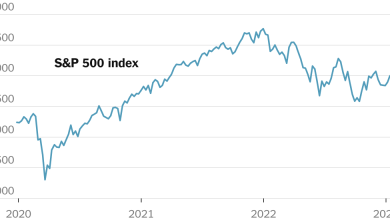