The teeming warehouses carved into the desert surrounding Laredo, Texas, attest to an explosion of trade between the United States and Mexico.

On a recent morning, 55-gallon drums full of chemicals concocted in Ohio awaited trucks that would haul them across the Rio Grande, for use as raw materials at a paint factory in Mexico’s industrial city of Monterrey. Destined northbound, brake pads manufactured in Mexico were headed to trucking firms as far away as South Dakota.

The more trade expands, the greater the opportunities for Laredo, a sprawling city of over 250,000 people that has long been the dominant land port on the meandering border between the United States and Mexico. Now, it is poised to become an even more vital component of the global economy. American companies sobered by the supply chain upheavals of the pandemic and alarmed by the animosity between the United States and China are reducing their dependence on factories across the Pacific by shifting production to Mexico.

Already, about $800 million worth of products, from auto parts to clothing to avocados, pass through Laredo every day. That reality is underscored by the parade of trucks rumbling through, waiting — often for hours — for their chance to cross a bridge spanning the Rio Grande, the murky river dividing Texas from Mexico.

By nearly every indication, more goods are on the way, presenting customs brokers, freight handlers and trucking companies with a monumental opportunity.

“Everyone’s been growing around here — 10, 20, 30 percent every year,” said Pablo Garza, 30, head of strategic planning at Akzent Logistics, which owns two warehouses in Laredo and is nearly finished constructing a third. “It’s a hectic town. It’s astonishing the amount of movement that the city sees in terms of freight.” 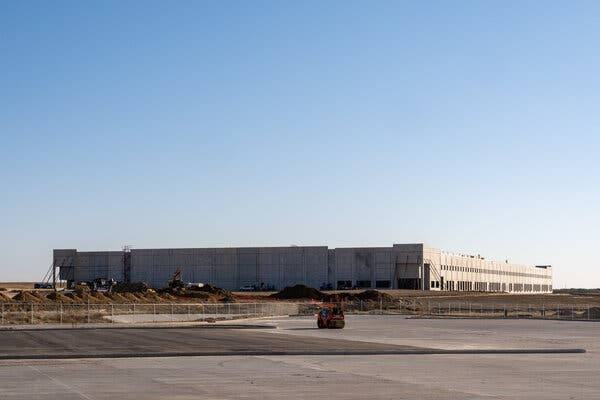 About two million square feet of warehouse space is under construction in Laredo.Credit…Carter Johnston for The New York Times

Goods traded between the United States and Mexico in 2021 exceeded $660 billion, an increase of nearly one-fifth from the previous year.Credit…Daniel Berehulak for The New York Times
A boom in U.S.-Mexico commerce is helping to transform Laredo, a city of 250,000 people.Credit…Carter Johnston for The New York Times

During an event at City Hall last month, local officials celebrated a milestone — data revealing that $27 billion worth of freight moved through Laredo in October, exceeding the flow through the twin ocean ports of Los Angeles and Long Beach, Calif., the primary gateway for American imports.

The Southern California ports grew exponentially during an era of globalization centered on China. Laredo appears primed to assume a similar role in the anticipated next phase of globalization, one centered on regional supply chains, with American companies forging greater reliance on Mexico and Central America.

But the exhilaration comes tinged with anxiety as businesses and city leaders fret that the existing infrastructure — a pair of commercial bridges spanning the Rio Grande, traffic-choked roads and a hive of warehouses — could be overwhelmed by an influx of cargo.

“We’ve got to get ahead of this tsunami that’s coming,” said Laredo’s then-mayor, Pete Saenz. “We’re behind now.”

A huge build-out is underway. North of the city, an army of excavators tore at the pale soil, turning ranch land dotted by cactus into industrial parks, warehouses and trucking yards on both sides of Interstate 35, the ribbon of pavement linking Mexico to the midsection of the United States and Canada.

Some two million square feet of warehouse space is under construction in Laredo, according to Prologis, a real estate investment firm. That amounts to a 5 percent increase in space.

But with warehouses more than 98 percent occupied, the new facilities may be quickly filled.

“There’s definitely a space issue in Laredo,” Mr. Garza said. “Warehouses are full. We say no to clients a lot.”

Goods traded between the United States and Mexico in 2021 exceeded $660 billion, an increase of nearly one-fifth from the previous year, according to U.S. census data. Trade expanded at a similar clip last year, according to available data.

Adding to the urgency is the widely held assumption that this is merely the beginning of what could be decades of growth in trade between the two neighboring countries, as American retailers seek suppliers in the same hemisphere as their customers.

“A lot of companies are no longer willing to chase cheap labor at the cost of getting their goods to customers on time,” said Gene Lindgren, president of the Laredo Economic Development Corporation, which courts investment for projects in the area. “China’s so big that just taking a tiny little slice and putting it in Mexico is huge for Laredo.”

Four years ago, the U.S. Department of Transportation projected steep increases in trucks passing through Laredo, with southbound border crossings alone reaching 9,800 by 2025. Traffic reached that level by the end of 2021, four years earlier than anticipated.

“All the projections are behind,” said Glafiro Montemayor, president of Gemco, another Laredo-based freight handler. He noted that goods crossing the border had more than doubled since 2000 without the addition of major infrastructure.

“Laredo is full of trucks,” he added. “How are you going to handle it?”

Mr. Montemayor is raising funding for a project presented as the answer to that question: a $360 million bridge crossing the Rio Grande south of Laredo. The customs process would be handled jointly by American and Mexican authorities, entailing only one inspection. That would allow trucks to complete the crossing within 30 minutes.

The Mexican government has already approved the project, Mr. Montemayor said, while the U.S. State Department is nearing the completion of its own review.

His plan is a linchpin to a logistics hub that could provide an alternative to excessive reliance on major ports like Los Angeles, the scene of torturous floating traffic jams during the worst months of the pandemic.

Nearly two-thirds of the containers reaching ocean ports on the West Coast of the United States are destined for the middle of the country and the East Coast — regions reached more easily by rail and truck from Laredo, Mr. Montemayor said.

Already, some American companies importing goods from Asia are bypassing the docks in Southern California and shipping instead to Manzanillo, on Mexico’s Pacific coast. From there, they move containers north to Laredo en route to destinations across North America.

Kansas City Southern, the giant railroad, picks up containers at Manzanillo and carries them north. The company recently broke ground on a $100 million project that doubles capacity on a rail bridge spanning the Rio Grande.

At the same time, Mexican authorities are pursuing their own plans to ease the flow of goods across the border.

Understand Inflation and How It Affects You

At the City Hall event, Mayor Saenz appeared with officials from the Mexican state of Nuevo León, on the opposite bank of the Rio Grande. There, a young, development-minded governor, Samuel García, is promising to upgrade highways linking Monterrey to the border as part of an aggressive courtship of foreign investment.

The highway project is aimed at increasing the appeal of a now largely spurned Rio Grande crossing, the Colombia bridge, a 40-minute drive from the warehouses and distribution centers in Laredo. More than 80 percent of the cross-border truck traffic opts for the far closer World Trade bridge.

Given the typically horrendous congestion on the roads leading to the World Trade bridge, Nuevo León is betting that it can entice more traffic to the Colombia crossing by easing passage from that span to Monterrey.

Demand for the Colombia bridge appears destined to accelerate.

Tesla is expected to announce plans to locate a new electric vehicle plant within the Mexican state, shipping completed vehicles to the United States and Canada. Lego operates its largest factory in Nuevo León, using the Colombia bridge to ship finished products directly to warehouses in Texas.

In Laredo, business interests and local government officials accuse state and federal authorities of jeopardizing the opportunities for the region by withholding funds needed to expand the surrounding highway system.

They complain that the Texas Department of Transportation bases highway funding on population size — a process that favors major cities like Dallas and Houston — even though the traffic passing through Laredo supports jobs at retailers and warehouses across the state and beyond.

Over the decades, Laredo has grown in rings, each distinguished by its distance from the Rio Grande.

Smack against the river in the old downtown, the pastel shades of Mexico visible on the opposite shore, storefronts lie abandoned.

Border patrol officers sit in their vehicles, on a bluff looking down on the thigh-deep water.

A mile away from the river, alongside railroad tracks, the first generation of warehouses sit idle, the sun gleaming off their siding.

Nine miles to the north, at the Killam industrial park, trucks hauling 53-foot trailers pull in and out of sleek, modern warehouses, carrying goods moving north and south.

On a recent morning, orange plastic crates holding seals for car doors made in Alabama were arrayed on wooden pallets, en route to an assembly plant in Mexico.

Transmission parts produced in Illinois and headed for a factory in Monterrey were stacked in a pile under a laminated white card marked “Expedited.”

“They will be out by the end of the day,” Mr. Garza said. “‘Urgent’ is a very common word around here.”

A forward-thinker by nature, Mr. Garza, whose only child is still a baby, confidently describes plans to have three more.

He brings the same state of mind to surveying the terrain four miles up the interstate, looking for an empty plot that his company can buy and turn into more warehouses.

“We need to buy land now and build later,” he said.

Tags
Bridge City Mexico That With 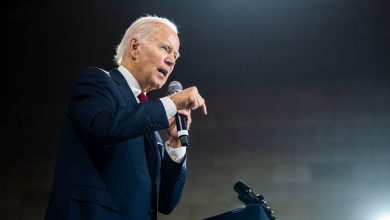 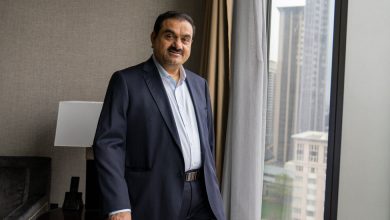