WASHINGTON — The top economic officials of the world’s leading advanced economies agreed on Friday to forge ahead with a plan to form an international buyers’ cartel to cap the price of Russian oil, accelerating an ambitious effort to avoid a price shock while draining President Vladimir V. Putin’s war chest.

Finance ministers from the Group of 7 nations said after a virtual meeting that they were finalizing details of the plan, which needs to be put in place by early December, ahead of a European Union embargo on Russian oil imports and a ban on the insurance and financing of Russian oil shipments. The Biden administration has been fearful that these moves could send energy prices skyrocketing and potentially tip the global economy into a recession.

In recent months, Treasury Secretary Janet L. Yellen and her team have been traveling the globe to solidify support for the price cap idea, an untested proposal that aims to stabilize volatile energy markets that have been roiled since Russia’s invasion of Ukraine earlier this year. A central component of those discussions has been how the price would be set, and how it would be enforced.

The price cap would create an exception in European sanctions by permitting insurers to grant coverage for oil cargo only if it was being sold at or below a certain price. Britain and the European Union are global hubs for the maritime insurance industry, and bans on insuring or financing transactions involving Russian oil could cause broad disruptions to shipments of Russian oil around the world.

Ms. Yellen met earlier this week with Nadhim Zahawi, Britain’s chancellor of the Exchequer, and said that she was optimistic about progress that the G7 was making toward a price cap agreement.

It remains unclear how Russia would respond and if it would retaliate by refusing to sell its oil to drive up global prices. Alexander Novak, Russia’s deputy prime minister, said this week that the country would not sell oil products to countries participating in the price cap, according to Russian state media.

Biden administration officials have argued that Russia is bluffing because it needs the revenue from oil sales. Allowing its oil to be shut in would also be harmful to its economy, they contend, by damaging its wells.

After surging earlier this year, oil prices have slumped in recent weeks amid increased output from the United States and concerns about a global economic slowdown. 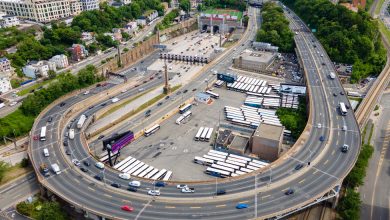