Mr. Singer, who himself was known for his colorful suits and flashy style, was “a happy person and he enjoyed his life,” the Rev. Darius Pridgen reminded the congregants.

“Yes, he was,” a woman replied from the pews.

From the church speakers came the smooth voice of the gospel singer William Becton: “Be encouraged, no matter what’s going on. He’ll make it all right, but you gotta stay strong.”

Mr. Singer’s friends and family swayed and clapped, raising their hands to the heavens.

Western New York is awash in nearly unimaginable grief, preparing to bury more than 40 victims of a catastrophic Christmas-week blizzard, most of them in Buffalo. Families still struggling to understand how a region accustomed to fierce winter weather found itself so grievously unprepared will attend funeral upon funeral in the coming days, seeking solace among those who have suffered too.

Mr. Singer, 65, was found dead in a snowbank. Others froze to death in their cars or houses, or out on snow-clogged sidewalks, where they had been unable to navigate even short distances in whiteout conditions. Some died when emergency medical services were delayed. One man was poisoned by carbon monoxide buildup in his home. A 3-year-old girl drowned in the swimming pool of a hotel where her family had taken refuge. Just last week, a victim’s body was found inside a tent. 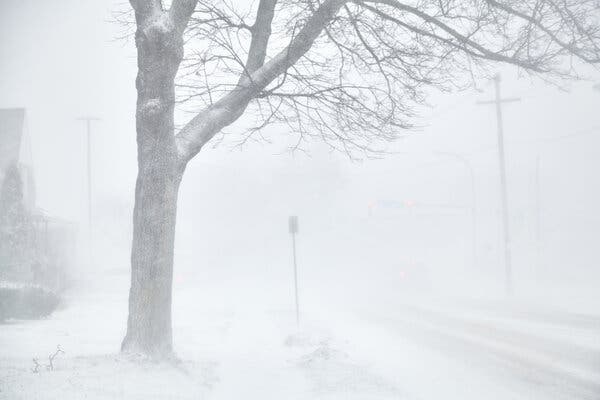 The December blizzard brought whiteout conditions to the Buffalo area. More than 40 people lost their lives.Credit…Brandon Watson for The New York Times

The sorrow only intensified in the days after the storm. Five young children died in a house fire on New Year’s Eve. Damar Hamlin, a football player for the Buffalo Bills, suffered a cardiac arrest also at the start of the new year.

Black residents have been hit especially hard. In a community marked by segregation and poverty, more than half of the storm victims were Black, though Black residents account for only about 14 percent of Erie County’s population. The disaster followed the massacre of 10 Black people at a Tops supermarket in East Buffalo at the hands of a racist gunman last spring. Many residents say the trauma from the shooting has not yet eased.

“We haven’t really got a chance to heal,” said Vivian Robinson, a Christian pastor at Spirit of Truth Urban Ministry. “When are we going to just have that moment to just breathe?”

By now the stunning details of the December blizzard are well known: more than four feet of snow and blinding winds that persisted for days, stranding even rescue crews on unplowed roads as more than 1,000 emergency calls went unanswered in the early hours of the storm. But more than two weeks later, excruciating details continue to emerge.

Mr. Singer had been on his way home, on foot, from a Narcotics Anonymous meeting at the height of the storm, his family believes. He got within a block of his house on Broadway but could walk no farther. “Christmas will never be the same again,” his son, Morris Singer III, said.

Al and Vivian Robinson, pastors at Spirit of Truth Urban Ministry in Buffalo, sheltered more than 100 people at the church during the height of the storm.Credit…Brandon Watson for The New York Times

Ms. Robinson and her husband, Al, had welcomed those without power in their homes to ride out the storm at the East Buffalo church where they are pastors. Their invitation, posted on Facebook, quickly drew more than 130 desperate neighbors. “They were half frozen just trying to get here,” Mr. Robinson said.

Denise Sweet’s family dodged the worst of the storm but won’t soon forget the devastation. Days after the snow stopped falling, they drove around their neighborhood to scope out the damage. They spotted 10 cars draped in yellow and red tape, signifying which ones had bodies removed and which ones still had bodies inside. Her 14-year-old son, Simier, wondered if they had known any of the victims. “I didn’t really think too much about what snow could do to a person,” he said.

The roads in and around Buffalo are now cleared, the airport reopened, schools back in session. But residents, bound in their collective despair, are left to grapple with how to comfort and support those who lost family in the storm — a mission complicated by all the loss that came before.

Ms. Sweet’s stepfather died from Covid-19 last January. “It started right there and from that point on, month after month, it was just terrible,” she said.

Her family had a personal connection to one of the 10 victims of the shooting at the Tops grocery store, and they have been too fearful for their safety to return to the shop.

Garnell Whitfield Jr., who lost his mother, Ruth Whitfield, in the massacre, said he still felt lost, six months on. “They took our elders,” he said.

Mr. Whitfield has tried to focus his energy on shining a light on how white supremacy contributed to his mother’s death, as well as on the many problems he sees in his community.

“Twenty-four-seven, when there’s not a big public thing going on, life here is very difficult for people that look like us,” he said.

LeCandice Durham had been in counseling since the shooting. An operator for the city’s 311 service, she took calls during the storm from residents in dire situations.

Morris Singer III and Tamieka Johnson, his cousin, posing with a photograph of Morris Singer Jr., who perished in the storm.Credit…Brandon Watson for The New York Times

On the morning of Mr. Singer’s funeral, as family and friends celebrated his life inside the church, his mother, Elizabeth Singer, 89, watched a livestream from her nursing home. Mr. Singer was the last of Ms. Singer’s five children alive. “This storm has taken her family,” said Tamieka Johnson, Mr. Singer’s niece.

Mr. Singer’s last sibling, a sister, died when she couldn’t get treatment for an illness during the coronavirus lockdown, Ms. Johnson said.

Community leaders are especially concerned about the well-being of the city’s young people.

“The threshold for a child in Buffalo to be rocked or shocked is higher than it would be for a suburban child,” said Duncan Kirkwood, the co-chair of We the Parents, an advocacy group. “But once you meet that threshold,” he said, “you have all this energy and anger, and you want to do something but you don’t know what to do.”

The school system has worked to address the social and emotional needs of children, in part by training staff to have more patience with their students.

“This is not business as usual, these are not normal times,” said Tonja Williams, the school district’s superintendent. “Sometimes children don’t cry with tears. Sometimes children cry by running around a building or knocking over a desk or using foul language.”

Mr. Singer was known for his flashy style.Credit…Brandon Watson for The New York Times

In some quarters, the community’s grief has been tinged with anger, directed at political leaders who they believe did too little to prepare for the storm.

“The great lesson that we have learned from all of these experiences is that the current regime that controls City Hall will not be coming to help us,” said Henry Louis Taylor Jr., a professor of urban studies at the University at Buffalo.

Myles Carter, a local activist, went out to retrieve people trapped by the storm when he realized that the region’s normal emergency systems had buckled. He was unsparing in his criticism of the local government.

“I think saying that the city was ill prepared is giving them almost a way out,” Mr. Carter said. “I feel like the city was willingly negligent in how they handled this storm.”

Byron Brown, the mayor of Buffalo, has insisted that his administration took every action it could have to prepare residents for the storm and respond to their needs once it struck. Experts at New York University — at the request of the city — and Buffalo University are investigating whether that is actually the case.

“I don’t put out messages lightly,” Mr. Brown said, pointing to his warnings in the days before the storm that residents should procure what they need — from Christmas gifts to medicine and food.

Some residents, though, said the messaging wasn’t strong enough to dissuade people from taking their chances on the roads or for employers to cancel work on the day the storm began.

They also argue that it didn’t take into account the inequities that exist in the city.

Many Black people could not afford to stock up on extra food before the blizzard, and as a result, risked driving or even walking out into the storm to get supplies for Christmas dinner, residents said. A 2021 study found that 11 percent of Black residents in Buffalo were unemployed, and 35 percent lived below the poverty line. And Black people on Buffalo’s East Side who lost power were more likely to suffer more from the cold because many live in substandard homes that are poorly insulated, Mr. Taylor noted.

Many in the community also said that they suspected the snow was cleared more swiftly in white suburbs than on the East Side, where some of the streets were already in disrepair before the storm. In the days after the storm, the county executive, too, criticized the speed of the cleanup in Buffalo. Mayor Brown defended the city’s response. Mr. Pridgen, the pastor who is also president of the Buffalo Common Council, said city officialsintended to investigate.

“As with other things, I think we’ll see that the East Side bore the brunt of the tragedy,” said India Walton, who beat Mr. Brown in the Democratic primary for the mayoral seat last year, before losing to him in the general election.

At the funeral on Friday, Mr. Pridgen helped mourners remember and celebrate the life of Mr. Singer, who attended church regularly, sometimes sitting right behindMr. Pridgen at the front of the hall.

He acknowledged that the past year had tested the community’s resilience. His congregation lost some of its “strongest members” to the coronavirus pandemic, Mr. Pridgen said afterward, and he had officiated at services for victims of the shooting.

“Although I mourn every death, these it’s hard to make sense of sometimes,” he said. “It is my faith that has to bring me through, because the question is: Why them?”

Tags
Buffalo Had Said That Was 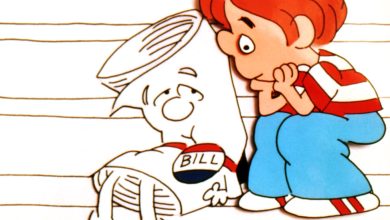 ‘Schoolhouse Rock!’ at 50: Those Are Magic Numbers 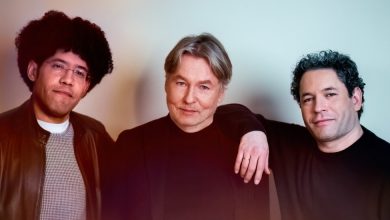