Good morning. It’s Monday. On the first anniversary of the Twin Parks fire in the Bronx that killed 17 people, we will look back through the eyes of someone who lived down the hall from where the fire started. We’ll also see how western New York is dealing with its grief as it prepares to bury more than 40 victims of last month’s blizzard. 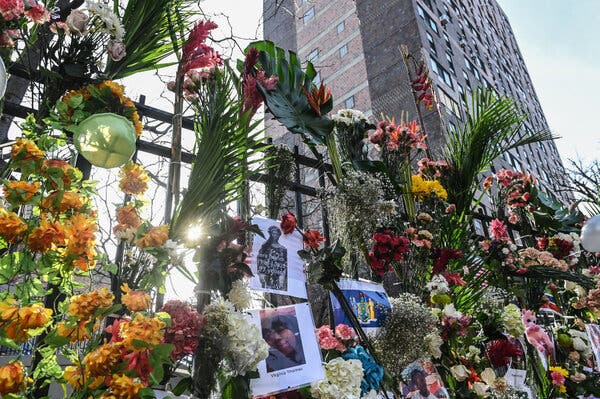 Karen Dejesus said she would go back for the first time in almost a year, back to the building where she spent a third of her life. The building where a space heater in an apartment down the hall sparked a fire with thick, choking smoke that spread through the stairwells, killing 17 people.

“I can’t say I will ever get over that,” she told me after using words like “tragedy,” “catastrophe,” “heartbreaking” and “unimaginable” to describe the conflagration at the 19-story Twin Parks North West building a year ago. “People I knew lost their lives. I saw them every day — children. Those of us that are still here have to go back and pay homage.”

On the first anniversary of the fire, there will be remembrances at the building, long a homeland-in-exile for West Africans who had moved to New York. My colleague Jeffery C. Mays writes that the Federal Emergency Management Agency is preparing a national plan to address “America’s fire problem.”

Under federal legislation that President Biden signed into law last month, the United States Fire Administration, a unit of FEMA, will have the power to identify the causes of fires like the one at Twin Parks. The agency can also identify buildings with similar problems and make recommendations.

The fire underscored how lower-income and immigrant communities are disproportionately exposed to the dangers of fire. A New York Times investigation found that the deaths were preventable: No one died from the fire itself. Investigators believe the building became a chimney of smoke that spread to the upper floors because of faulty self-closing doors.

Like many apartment buildings in New York, Twin Parks North West lacked potentially lifesaving systems like sprinklers. Legislation passed in 1992 — 20 years after the Twin Parks tower opened — mandates them in new multifamily buildings. But the Fire Administration says that roughly 570,000 multifamily public housing units that predate the 1992 law are still occupied, and a “significant portion” do not have sprinklers.

The fire agency also says that the chance of dying in a fire in the United States is higher than it was 40 years ago.

Also troubling is the increase in fires caused by lithium-ion batteries, particularly for e-bikes. New York City Fire officials reported that in the first 11 months of 2022, battery fires had killed six people and injured 140 others, and that there were 87 more lithium-ion battery fires than in all of 2021. The Daily News reported last month that fire officials had discovered an e-bike battery in the apartment where the Twin Parks fire started. It added to the smoke, the paper said.

The Fire Administration’s new investigatory powers will not be retroactive, so it will not look into the Twin Parks fire. But other communities will benefit from the concerns that surfaced with the fire, said Daniel Madrzykowski, director of research for the UL Fire Safety Research Institute. He said local investigators often concentrate on finding the cause of a fire. The federal government, he said, can focus on why a fire was so deadly.

Dejesus said that sounded like a good idea. “Yeah, the government has some need to investigate, so another fire doesn’t occur,” she said. “Because I know the tragedy.”

But Dejesus, who moved out because her floor was “uninhabitable” and now lives in another building in the South Bronx, wondered if the new federal provisions were enough.

“We have fire marshals and things,” she said. “Maybe someone from one of these places can come out every other month and walk the building. What is it going to take, an hour, an hour and a half of their time, start at the top and walk down.” And, she said, “make sure if they open the door, the door is automatically going to shut back.”

“I know that a lot of the doors didn’t close while we were living there,” she told me. “The unit that I lived in, on a good day, the door may have closed behind us — or it may not. I feel that the inspectors, they need to have more inspectors, and they need to be more diligent about people’s lives. We live below poverty level. That doesn’t mean that our lives are not valuable.”

Prepare for rain and snow, with temperatures near the mid-40s. The evening is mostly clear, with temps around the mid-30s.

The Rev. Darius Pridgen of True Bethel Baptist Church in Buffalo blessing the ashes of a blizzard victim.Credit…Brandon Watson for The New York Times

Western New York is awash in unimaginable grief, preparing to bury more than 40 victims of the Christmas-week blizzard. In and around Buffalo, where wild winter weather is a fact of life, people are still at a loss to understand how the region was so unprepared.

My colleagues Hurubie Meko and Lola Fadulu write that the roads in and around Buffalo have been plowed and schools are open again. But people are still bound in collective despair, left to figure out how to support neighbors and friends who lost relatives in the storm. Some froze to death in their cars or houses, or on snow-clogged sidewalks that they could not navigate. Some died when emergency medical services were delayed. One man was poisoned by carbon monoxide that built up in his home. A 3-year-old girl drowned in the swimming pool of a hotel where her family had taken refuge. A victim’s body was found in a tent.

The new year has been no easier emotionally. It began with the news that five young children had died in a house fire on New Year’s Eve. Then Damar Hamlin of the Buffalo Bills collapsed and went into cardiac arrest on the field during a “Monday Night Football” game in Cincinnati.

In the Buffalo area, the storm was particularly hard on Black residents. More than half of the storm victims were Black, though Black residents account for only about 14 percent of the population in Erie County, which includes Buffalo. The storm followed the massacre of 10 Black people at a supermarket in East Buffalo at the hands of a racist gunman last spring.

“We haven’t really got a chance to heal,” said Vivian Robinson, a Christian pastor at Spirit of Truth Urban Ministry. “When are we going to just have that moment to just breathe?”

I was on my way to a physical therapy appointment. When I got there, I encountered a woman standing in the lobby near the elevator bank.

The elevator door opened, and I got on. The woman got on after me. I pushed the button for the 14th floor, and she asked me to push the button for 16.

She then asked if I would ride with her to the 16th floor, and then go back down to 14.

Thinking she was in a rush, I said sure but that since I had already pushed 14 the elevator was going to stop there anyway.

She explained that she was extremely claustrophobic and would not ride on elevators alone.

I said that of course I would ride up with her.

The door closed, and there we were.

“So how’s your day going?” she asked.

She started to laugh and proceeded to tell me the origin story of her elevator claustrophobia — something to do with getting an M.R.I. — until we got to 14.

I didn’t get off, the door closed and we rode up to 16, where she got off and thanked me for riding with her.

I thanked her for asking.

Melissa Guerrero and Ed Shanahan contributed to New York Today. You can reach the team at nytoday@nytimes.com. 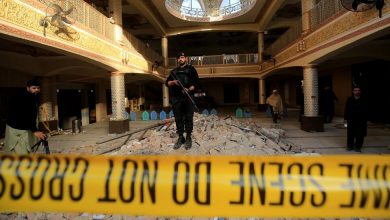 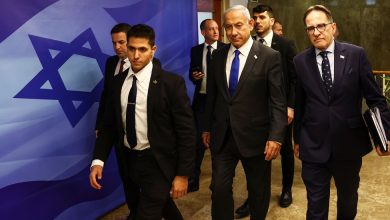