On the final day of the 13th annual Praise Fest, the free gospel music festival that started after Hurricane Katrina to bring locals back to New Orleans, the skies above Bayou St. John turned gray. Then, around 2 on an afternoon in October, an eerily familiar sight appeared: torrential rainfall.

Pools of water pocked the bayou grass as festivalgoers scrambled to their cars. Attendance for Praise Fest, the first one held in person since the pandemic began, was modest (though organizers said it was about what they expected) — the conditions may not have helped. Bishop Ryan Warner, president and chief executive of Versatile Entertainment, which runs Praise Fest, clomped around the grounds in his rain boots, directing traffic. The rain would pass, he insisted, and the festival would continue. That was the New Orleans way.

Anchored by the sound of organs, pianos, tambourines, drums and melodic voices preaching the word of God, gospel music is a fixture in Black Christian churches across the United States, especially in the South. In a city facing so many challenges — whether hurricanes or housing insecurity — it can be a necessary balm for the collective spirit.

“There’s so much craziness happening in the world today,” said Cordell Chambliss, a local pianist and retired music teacher. It was about 24 hours before the storm, and Mr. Chambliss sat on a bench wearing black sunglasses and a backward hat with the strap emblazoned with “Aloha.” “Gospel music is the good news,” he said. “And we need to spread the good news.”

This article is part of Our City, a series focused on how people around the United States use public and shared spaces to build community.

Once the sky had cleared up, about an hour after the rain began, Bishop Warner, 47, a laid-back man with a smooth voice, climbed atop the stage and, with a microphone in hand, declared that the festivities would carry on. “I will never question the Lord,” he said. The two dozen or so who remained dragged their chairs away from the massive tents and up to the stage where, they believed, God’s presence was clear.

“God has been good to me,” Angela Lindsey, 60, said the day before. Ms. Lindsey, a New Orleans native, sat on her lawn chair behind the vendors hawking discount jewelry along the slow-moving bayou water, where ducks and birds cooled off. She sang gospel in church with her sisters growing up and moved to Mississippi after Katrina.

Ms. Lindsey makes frequent trips home to help take care of her son, who sustained a brain injury in a car accident, and to attend Praise Fest. Most of her family remains in New Orleans, which proved difficult when she came down with colon cancer. When one of her sisters died, Ms. Lindsey was unable to attend the funeral because of emergency surgery. Still, she remains grateful.

“I never was alone,” Ms. Lindsey said, over the sound of soaring vocals. She found comfort during her sickness in memories of singing with her sisters, and something else: “God was always there.”

Ms. Lindsey and the rest in attendance were treated to a variety of different acts, from traditional gospel choirs to gospel-influenced R&B and hip-hop.

“New Orleans, this is truly a gospel gumbo,” said Josh Kagler, who performed alongside Tyrone Jefferson. “Gospel music in the city of New Orleans is foundation. It’s family,” he said.

Here are clips from some of the most memorable performances from the festival. 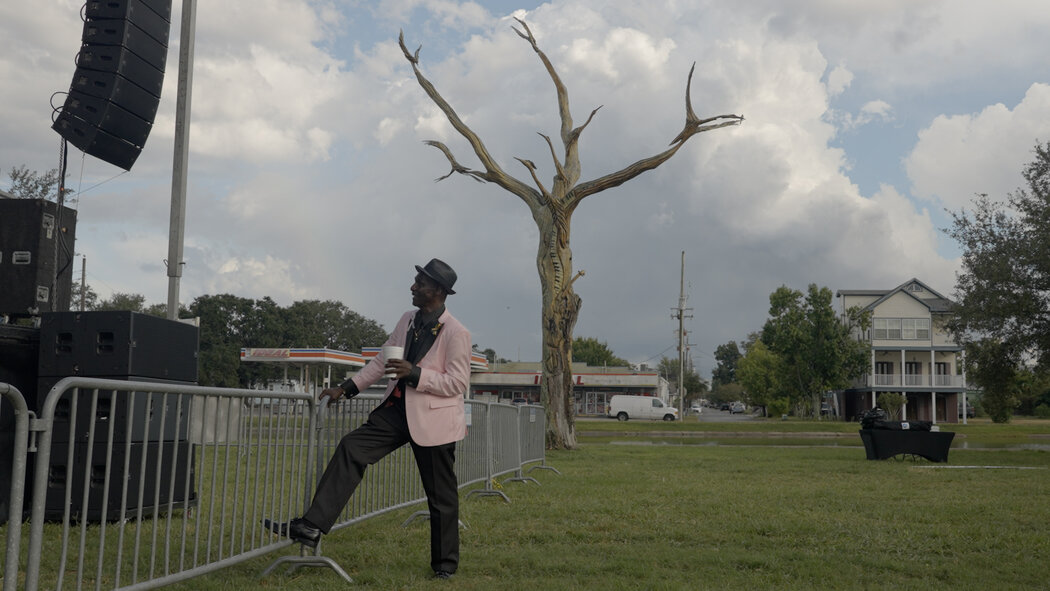 Joanna Hale-McGill, 38, was the first to take the stage after the rain. At the start of her set, a rainbow painted the sky. Ms. Hale-McGill, who hails from Meraux, just outside New Orleans, is an independent artist who blends hip-hop and gospel. A highlight was her performance of the 2008 song “God in Me” by the gospel duo Mary Mary featuring Kierra “Kiki” Sheard. Ms. Hale-McGill danced around the stage and flailed her arms in the air as she sang.

“The lyrics to the song describe me perfectly. I’m known around town as the girl that sparkles everywhere she goes,” Ms. Hale-McGill said in an interview later. 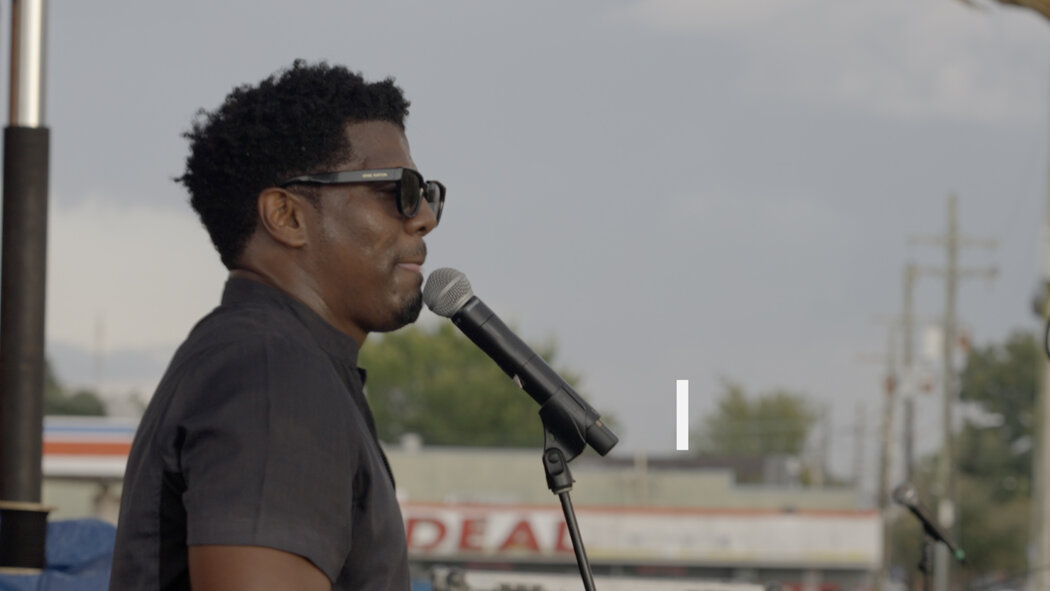 Mr. Jefferson, 49, performed alongside his choir from the Abundant Life Tabernacle in New Orleans, as did Mr. Kagler, 36, the choir director. As Mr. Jefferson got the crowd going with his vocals, Mr. Kagler shook his head and stomped his feet and waved his arms until his bright pink Yankees hat fell of his head.

Among Mr. Jefferson’s performances, his rendition of Ricky Dillard’s “Search Me Lord” was memorable.

“Sometimes we can be so stubborn, if you will, as it relates to us thinking we know everything,” Mr. Jefferson said in a later interview. “The song simply says, ‘Lord, you search me. Lord, you know whether I’m right or wrong.’”

Mr. Jefferson also performed an original song, “Trouble in My Way,” a rousing track meant to be a reminder of Jesus’ healing abilities.

“The beat brings you to church. It brings you right to church on a Sunday morning. Hand-clapping, foot-stomping,” he said. “We on a thousand, as we say here in New Orleans.” 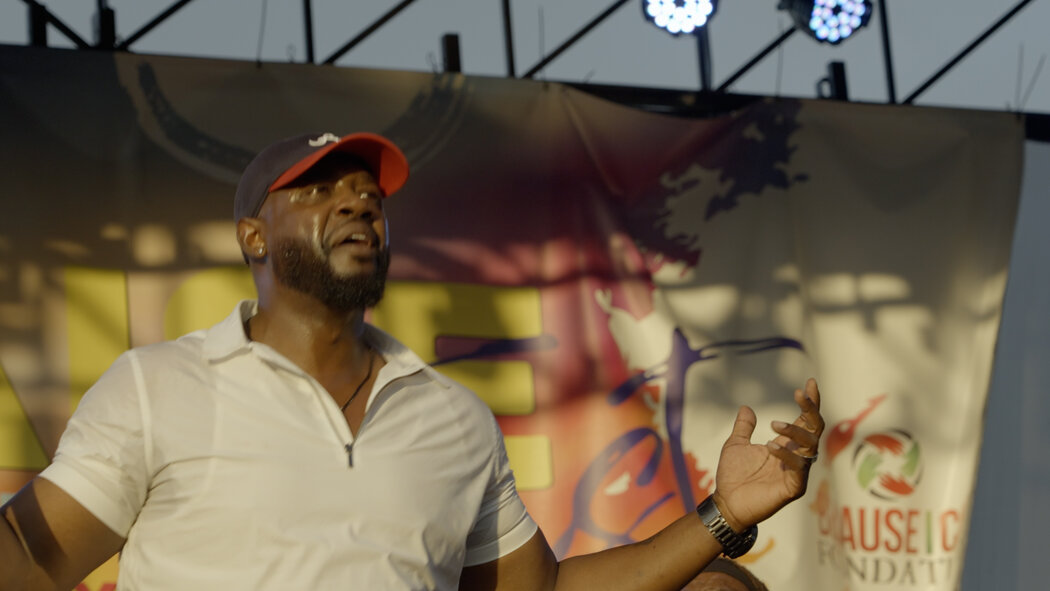 Arthur Clayton IV, 45, hails from Marrero, La., fewer than 10 miles outside New Orleans. Alongside his choir, Anointed for Purpose, Mr. Clayton took delight in performing his friend VaShawn Mitchell’s song “Big.” When his choir sang the words, “There’s nothing my God cannot do,” Mr. Clayton followed with, “He’s a keeper, yes, he is.”

“That reminds me of how we all were kept during that moment of Covid,” Mr. Clayton said in an interview. “Even after Covid, here in New Orleans we went through a hurricane, and we were kept in that moment.” 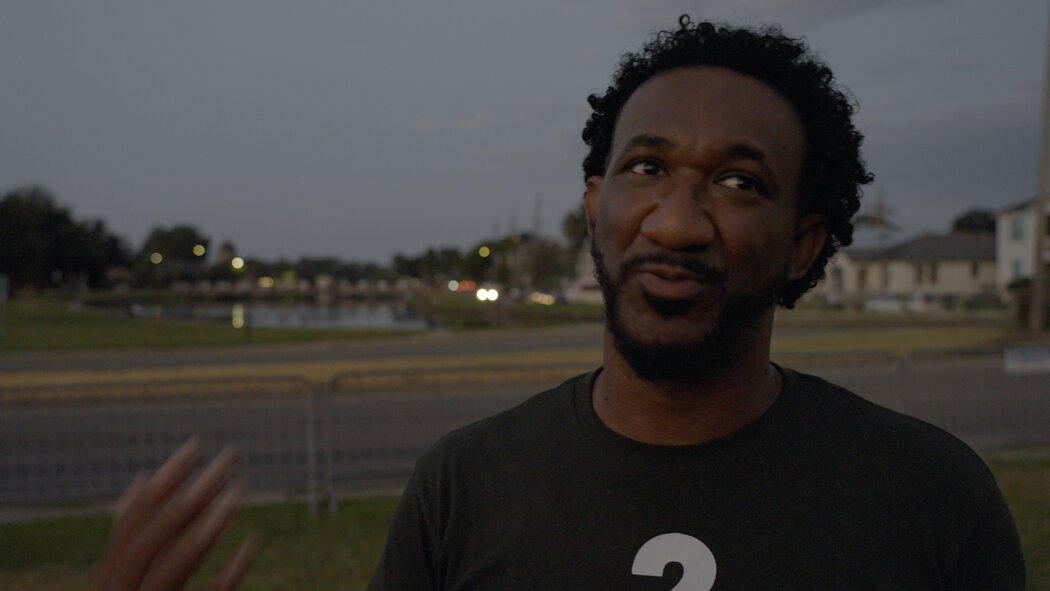 Mr. Waddell brought some attendees to their feet with his moving original track “He Won’t Change.” The lyrics to his song “Yes, I Know Jesus” also resonated with a city that has worked through its share of obstacles. 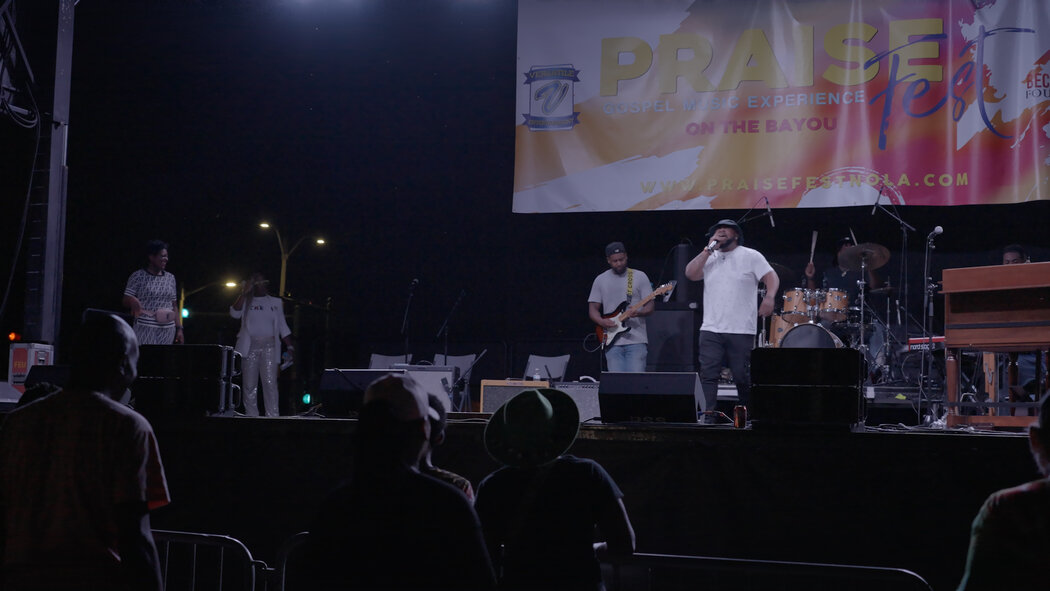 The sky was black by the time Zacardi Cortez, 37, the festival’s closing act, took center stage. Mr. Cortez, whose 2012 album “The Introduction” placed No. 2 on the Billboard magazine top gospel albums chart, shone under the stage’s bright lights. One of the songs he performed, an original called “Praise You,” was a funk tune inspired by two of his idols, Prince and James Brown. His set took a turn on “You’ve Been Good to Me,” a slow, tender tribute to his faith.

Mr. Cortez wrote the song not long after spending time in jail. “God just had to deal with me. He had to sit me down for a little while and show me some things. And a lot of great things were birthed out of that,” Mr. Cortez said. “I’m so glad that I got to a place where I’ll never have to go through those situations again, because God has changed some things, turned some things around.”

Bishop Warner, the organizer, watched from the side as Mr. Cortez closed the festival. Praise Fest had been a success, he said, attracting about 2,000 people. The goal every year is to bring New Orleans a little hope, no matter how dire the circumstances. That’s the meaning of gospel music, and it’s a special ingredient that keeps spirits up.

“Let’s say in a couple years, we’re going to have another event like this,” Bishop Warner said, referring to Katrina, which killed more than 1,800 people. “Man, you got to live life to the fullest, or you’ll be caught in this, thinking you was going to try to get out, and you die in the process.

“You got to keep moving.”

Tags
From New Orleans Said That With