WASHINGTON — As dawn broke after yet another day of Representative Kevin McCarthy of California trying and failing to become speaker of the House, this much was clear: The United States should brace for the likelihood of a Congress in perpetual disarray for the next two years.

The recipe for the chaos already existed: A toxic combination of the Republicans’ slim governing majority, an unyielding hard-right flank that disdains the normal operations of government and a candidate for speaker who has repeatedly bowed to that flank in his quest for power.

But to see it play out repeatedly on the House floor this week has left little doubt that Congress as an entity would struggle to carry out even its most basic duties in the coming two years, such as funding the government, including the military, or avoiding a catastrophic federal debt default.

Already, the functioning of the House had ground to a halt before it even began, rendering the body essentially useless. Without a speaker, lawmakers were unable to pass bills, form committees or even get sworn in. And Mr. McCarthy had promised still more concessions to the hard-right group that would substantially weaken the speakership in exchange for their votes, effectively giving them new tools for disrupting business in the House — and the ability to hold him hostage to their demands.

“He’s going be the weakest speaker,” said Representative Ruben Gallego, Democrat of Arizona. “The problem is that he’s also weakened the institution in general — all because he wants the vain title of speaker but without the power or the potential responsibility.”

Ahead of the first speaker vote, Mr. McCarthy had offered some key concessions, including a return to a rule that would allow rank-and-file lawmakers to force a snap vote on ousting the speaker. On Wednesday, a major political action committee aligned with Mr. McCarthy agreed to limit its role in G.O.P. primaries in safe Republican districts, another demand of the conservatives who have bristled at his efforts to box out hard-right candidates in favor of more mainstream ones.

And on Thursday, Mr. McCarthy also privately agreed to even more concessions that could disrupt the normal operations of the House and diminish his ability to control it, embracing measures that he had previously refused to countenance. A single lawmaker could move to oust the speaker, instead of the five Mr. McCarthy had initially offered as a compromise, according to people familiar with the negotiations who described them on condition of anonymity, noting that an agreement had not yet been reached.

F.A.Q.: The Speakership Deadlock in the House

A historic impasse. Representative Kevin McCarthy of California is fighting to become House speaker, but a group of hard-right Republicans is blocking his bid and paralyzing the start of the new Congress. Here’s what to know:

Why is there a standoff? With Republicans holding a narrow margin in the House — 222 seats to Democrats’ 212 — Mr. McCarthy needs support from his party’s right wing to become speaker. But some far-right lawmakers have refused to back him, preventing Mr. McCarthy from getting to 218 votes.

Who are the detractors? The 20 House Republicans who are voting against Mr. McCarthy include some of the chamber’s most hard-right lawmakers. Most denied the results of the 2020 presidential election, and almost all are members of the ultraconservative Freedom Caucus.

What do they want? The right-wing rebellion against Mr. McCarthy is rooted not just in personal animosity, but also an ideological drive. The holdouts want to drastically limit the size, scope and reach of the federal government, and overhaul the way Congress works to make it easier to do so.

What can McCarthy do? Mr. McCarthy has made several concessions to try to win over the hard-liners, embracing measures that would weaken the speakership and that he had previously refused to support. But so far the concessions have not been enough to corral the votes he needs.

Is there an alternative to McCarthy? A big factor in Mr. McCarthy’s favor is that no viable candidate has emerged to challenge him, but Republicans could coalesce around someone else. Steve Scalise, the No. 2 Republican in the House, is seen by many as the most obvious backup.

How does this end? House precedent dictates that members continue to take successive votes until someone secures the majority to prevail. Until a speaker is chosen, the House is essentially a useless entity. It cannot pass laws or even swear in its members.

The hard right would get approval power over some plum committee assignments, including a third of the members on the influential Rules Committee, which controls what legislation reaches the floor and in what form. And spending bills would have to be considered under so-called open rules, allowing any member to put to a vote an unlimited number of changes that could gut or scuttle the legislation altogether.

Representative David Valadao, Republican of California and a McCarthy ally, said more moderate members of the conference were growing concerned that the deals being cut would give too much leverage to the far right.

“Obviously we’re concerned about it,” he said, adding, “I’m not thrilled with the direction it’s going.”

Mr. McCarthy rejected the notion that he was doing damage to the speakership or to the House’s ability to function.

“Has it undercut the power of all the other speakers?” he shot back, after a reporter asked him whether allowing for a snap vote for his removal would weaken him. “So why would it cut mine? It’d only be a weaker speaker if I was afraid of it.”

In fact, the specter of such a vote dogged the previous two Republican speakers, helping right-wing lawmakers to push out John A. Boehner of Ohio in 2015, and hanging heavily over his successor, Paul D. Ryan, during his tenure.

Mainstream Republicans pilloried some of the hard right’s terms, such as the demands for prominent committee posts, but others had wide support in the party.

Some of the proposed rules changes come in response to widely held concerns about the way Congress operates. Many House Republicans have long been frustrated with the current state of affairs concerning spending bills. Lawmakers are often forced to vote on large catchall measures, numbering thousands of pages and hundreds of billions of dollars, with only hours to review their contents.

“A lot of the things that the ‘No caucus’ is asking for are things that we likely would want to see anyway,” said Representative Stephanie Bice, Republican of Oklahoma and a McCarthy supporter. “This Christmas tree notion of having lots of different things in a package isn’t always ideal. So, there are some things in here that I think are helpful and relevant. Are we going to like all of them? I don’t know. I think that remains to be seen.”

But as Mr. McCarthy gave more ground to the far-right group, it was becoming clear that — whoever ended up as speaker — the lower chamber of the 118th Congress would be highly difficult to control. Should Mr. McCarthy fail to cement the votes and an alternative candidate emerge, the dissidents would be all but certain to insist upon the same concessions he has offered as a baseline for winning their votes.

And with hard-right lawmakers empowered to derail spending bills or call for the speaker’s removal at any moment, some worried the chamber would be dysfunctional and paralyzed from the start.

“The concessions he’s made means that it will be a minority of a minority of the minority, because of the Freedom Caucus, that will get to dictate the outcomes of legislative achievement,” said Representative Richard E. Neal of Massachusetts, the top Democrat on the Ways and Means Committee. “The problem is for him that, with every concession, he has to wake up every day wondering if he’s still going to have his job. Because the smallest disagreement could lead to a motion from the body to remove him from the speakership.”

The objections to Mr. McCarthy’s leadership were both personal and political. Some members deeply dislike him and say they would never vote for him under any circumstances. Others were using the speaker election as leverage to enact sweeping changes to the way the House functions. And some were seeking to do exactly what they say they were sent to Congress to do — tear it all down.

Speaking against Mr. McCarthy on the House floor, Representative Matt Gaetz, Republican of Florida, portrayed him as someone who would do anything to cling to power. In effect, as Mr. McCarthy capitulated to the hard right, he was proving their point, Mr. Gaetz suggested.

“Maybe the right person for the speaker of the House isn’t someone who has sold shares of himself for more than a decade to get it,” Mr. Gaetz said, criticizing Mr. McCarthy as “beholden to the lobbyists and special interest that have corrupted this place and corrupted this nation.”

But as frustration spread within the Republican caucus, mainstream Republicans were holding out hope they could end the rebellion, elect a speaker, and get down to work — that the opening week of their party’s rule would be an aberration, not the norm.

If the party could finally elect a speaker, they said, they could put the bitter fight behind them.

“My No. 1 priority is getting McCarthy the gavel,” said Representative Guy Reschenthaler, Republican of Pennsylvania and a McCarthy ally. “He’s our best recruiter, best strategist. He’s our best fund-raiser. He picked up seats last cycle and picked up seats the cycle before that. We need to get him the gavel.”

“If we can get to work, I think that will heal a lot of wounds,” he said.

Tags
All House Said That With 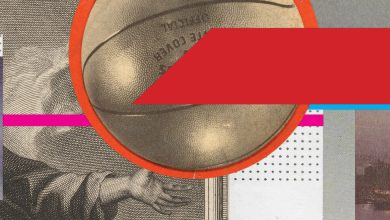