CINCINNATI — The tribute outside the University of Cincinnati Medical Center started small. On Tuesday, the day after Buffalo Bills defensive back Damar Hamlin went into cardiac arrest and collapsed after a routine tackle in a nationally televised game against the Cincinnati Bengals, it included only a few signs and some lit candles.

By Friday, after a series of positive updates about Hamlin’s health, the tribute had swelled. Signs spanned across much of the fencing of the hospital parking lot and balloons were fashioned into a football helmet with Hamlin’s No. 3 in the center.

On Sunday, at Paycor Stadium, the Bengals’ players, who had watched as medical personnel performed CPR and restored Hamlin’s heartbeat on this field last week, attempted to block out those images and complete a football game. The Bengals defeated the Baltimore Ravens, 27-16, as the last regular-season games concluded.

The win assured the Bengals (12-4) of a No. 3 seeding in the A.F.C. playoffs, which guaranteed them a home playoff game, something that was jeopardized by a number of changes announced last week to account for Hamlin’s collapse and its aftereffects, including the cancellation of the game last Monday, which was stopped in the first quarter after Hamlin went down.

By Sunday, though Hamlin was still in critical condition, he posted regularly on social media. And at each step, Bengals players’ emotions seemed to ease as the game took on its normal contours.

As usual, fans tailgated in a sea of orange and black and cheered throughout the game. Players and coaches wore shirts honoring Hamlin and a video screen showed a picture of him before kickoff. The Bengals burst to a 17-0 lead as the Ravens’ top quarterbacks, Lamar Jackson and Tyler Huntley, did not play because of injuries. The Ravens (10-7) also rested the star tight end Mark Andrews.

After scoring a 1-yard touchdown in the first quarter, running back Joe Mixon took a coin out of his glove and flipped it in the end zone as a jab toward the N.F.L. for announcing possible schedule changes, such as for home field assignments, because of the canceled game. The Bengals’ defense celebrated after a fumble was returned for a touchdown and after two interceptions. Baltimore also lost another fumble.

The Bengals’ Joe Mixon made a coin toss gesture after a touchdown, protesting possible schedule changes after the Bills-Bengals game was canceled.Credit…Kirk Irwin/Getty Images

The two teams even had a brief skirmish in the fourth quarter after a Bengals player ran into the Ravens’ sideline after a play. Joe Burrow completed 25 of 42 passing attempts for 215 yards and a touchdown, and receiver Ja’Marr Chase caught eight passes for 86 yards and a score. It was the Bengals’ eighth consecutive win, and it set up another matchup with the Ravens in the playoffs.

The game capped a tense week in Cincinnati as the nation fixed on Hamlin and his recovery.

On Wednesday, the players’ first day back at practice, with Hamlin’s condition still more precarious than it appears now, Coach Zac Taylor singled out Vincent Rey, a former Bengals linebacker who is now the team’s chaplain, for helping the team cope. Assistant coaches made sure to let players talk about the situation in small meetings. Brian Callahan, the Bengals’ offensive coordinator, said he and his staff would more closely monitor players’ body language and demeanors as they returned to the field.

“I think you just try to pay more attention and just to make sure that you’re not missing something,” Callahan said Wednesday.

When the N.F.L. announced Tuesday that the Bills-Bengals game, one pivotal to A.F.C. playoff seeding, would not be resumed, some players questioned if they should even play Sunday.

Burrow, the star quarterback, suggested there would be “mixed votes” if a locker room poll on playing was taken. Defensive tackle D.J. Reader said that those feelings were natural, but that he and his teammates, as professional athletes, might not have the luxury of choice.

“Week to week to week, players have to deal with things off the field, on the field, and they’re expected to go out there and perform,’’ Reader said.

But as promising bits of news of Hamlin’s health spread each day last week, the players’ moods seemed to lighten.

On Thursday, the N.F.L. laid out scenarios for playoff seedings and home-field games to account for the two teams having played 16 games this season while the others had played 17. The changes, approved by the N.F.L. Competition Committee, were ratified by the N.F.L. owners Friday.

By then, table tennis and card games had broken out among players and hip-hop music blared from the locker room. Hamlin’s improvement was especially warming for Bengals wide receiver Tee Higgins, whom Hamlin was tackling before he collapsed, and receiver Tyler Boyd, who knew Hamlin from growing up in the Pittsburgh region.

There were many signs of support for Hamlin despite the sea of orange and black. Credit…Emilee Chinn/Associated Press

“If I wouldn’t have got good news for him, there ain’t no telling how I would have took this week,” Boyd said Thursday. “I probably would have reacted a little differently.”

Though the Bills and the Bengals defeated Kansas City earlier in the season, Kansas City on Saturday secured the No. 1 seeding and the coveted first-round playoff bye week in the A.F.C. playoffs after defeating the Las Vegas Raiders. If Buffalo and Cincinnati were to meet in the A.F.C. championship game, it would be played at a neutral site.

But after the game on Sunday, with their seeding secured, the players seemed not to care. The Bengals’ locker room smelled of cigar smoke as players celebrated clinching the A.F.C. North division. They wore customary shirts and hats to commemorate the feat. Mixon said that because of the circumstances, the win felt extra special.

“I thought we did a hell of a job coming together as brothers and having them conversations and really leaning on each other through hard times,” Mixon said at his locker. 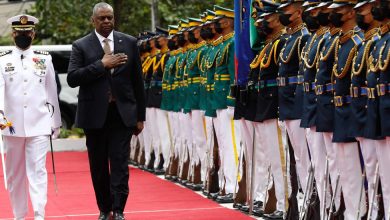