Silicon Valley as we know it — with its radically transparent company cultures, empowered employees, flat hierarchies and rarefied perks like nap pods and free food — is quickly disappearing. And it’s unlikely to return.

For nearly two decades, tech companies heralded an approach that centered on making workers happy with benefits that were intended to seamlessly integrate work and life. They made well-being programs and unlimited vacation, initiatives that prioritized the whole person, standard employee benefits. This, along with high salaries and equity packages, was a way to not just win but dominate the war for talent. The rapid growth and success of Silicon Valley companies, driven in part by their unique people practices, reimagined workplace culture for a generation.

Times, as they say, are a-changin’. The industry is facing an uneven macroeconomic environment and a roiling stock market that is putting pressure on public tech companies and making for a less-than-ideal I.P.O. environment for private ones. Tech chief executives are now optimizing more for profitability than for growth at all costs, sometimes at the expense of long-held organizational beliefs.

The shift is most evident in the recent surge of tech layoffs. There has been lots of public discussion about the disruptive axing of half of Twitter’s 7,500 employees, a move conducted under its new owner, Elon Musk. Haphazard and rolling, the layoffs were painful to watch. The employees who remained have had to endure greater workloads on significantly smaller teams. But while outsiders may have viewed these layoffs as impulsive, they seemed to have primed the environment for other tech companies to follow. In 2022 the tech industry laid off over 150,000 people. In the first few weeks of 2023, Microsoft announced 10,000 job cuts. Amazon reported 8,000 above what it originally called for.

According to multiple media outlets, Meta and Amazon use stack ranking for their employees, a controversial approach in evaluating talent. Popularized by G.E. in the 1980s (though the company later abandoned it), the process has managers rate their employees on a forced curve. Generally, only 20 percent are deemed top talent, and 10 to 15 percent must be designated as low performers. Although there are benefits, even in the best of times, the practice can create a competitive work environment that de-emphasizes employee improvement. With impending layoffs, people with the lowest ranking are typically the first to go.

The layoffs are part of a new age of bossism, the notion that management has given up too much control and must wrest it back from employees. After two decades of fighting for talent, chief executives are using this period to adjust for years of management indulgence that left them with a generation of entitled workers.

In 2012, to spur innovation and drive engagement, LinkedIn began the incubator program. A perk that encouraged employees to come up with approved ideas that they could work on full time for up to three months was generous even by Silicon Valley standards. Then there were the many lavish events that served to put a company’s culture on display. It was par for the course for employees to attend elaborately themed holiday parties featuring the next new Instagrammable experience. If you happened to work at Uber in 2015 and attended its corporate event in Las Vegas, you were treated to a private performance from Beyoncé.

Executives across industries are leaning into their newfound bossism and ending pandemic-era work arrangements and incentives. Reed Hastings, Netflix’s co-founder and co-C.E.O., said near the start of the pandemic that he didn’t “see any positives” in working from home, and the company apparently allows only some remote work. TikTok reportedly told employees that it was sunsetting gym membership and Wi-Fi reimbursements as well as its $45 daily meal stipends to workers not tied to the company’s main hubs, in its own efforts at restraint. These changes are bellwethers.

Not all tech employees see these shifts as signals. I recently spoke with a product marketing manager from Meta who was laid off. I assumed that she would be apprehensive about her job prospects; instead, armed with three months’ severance and decent savings, she remains optimistic. With nearly 79 percent of software engineers and nearly 76 percent of marketers who were laid off in tech finding jobs within three months, her optimism isn’t necessarily unfounded.

However, a few things are true now that make the shift in tech employee culture not just a moment in time but a redefinition of how tech companies will be run.

Meta and Salesforce combined lost more than $700 billion in market cap last year. Both companies are now dealing with activist investors who have taken prominent positions in their stocks. The activists have called for the companies to slash costs, reduce nonstrategic investments and, notably in Meta’s case, aggressively reduce its work force. Managers have less capacity to overhire and invest in employee initiatives that aren’t tied directly to business execution.

For tech start-ups and founder-C.E.O.s, the past 10 years were a bull run. Interest rates were low, venture funding seemed limitless and valuations skyrocketed. With money being essentially free, founder-C.E.O.s dove in — pursuing revenue, increasing their customer bases and investing in myriad people and projects.

However, with recent interest rates the highest they have been since late 2007 and continuing market uncertainty, investors are considering more investments in companies with strong fundamentals and cash flows. For founder-C.E.O.s, this means it will be harder to raise funding, and investors will have an even greater expectation of return on their money. For large tech companies and start-ups alike, cash is no longer free, and employee investments must pay off.

We are entering an era of external investor pressure, higher financing hurdles and overall market volatility. This environment calls for management to make structural changes in the way workplace culture is experienced for both labor and capital.

The current tech work force is used to every voice getting a vote, and it will now have to yield to a new world — one with heightened expectations and disciplined investment. Not considering the winds of change will put the careers of many empowered workers at risk.

Nadia Rawlinson is a former chief people officer at Slack.

Tags
Have That Time With Work 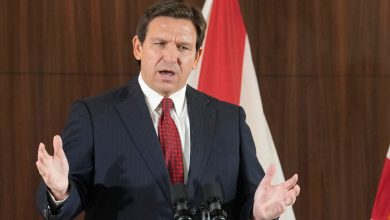